Live at O’ Mahony’s of Watergrasshill

The Good Room presents
‘Live at O’ Mahony’s of Watergrasshill’
Music, comedy & cabaret in the courtyard 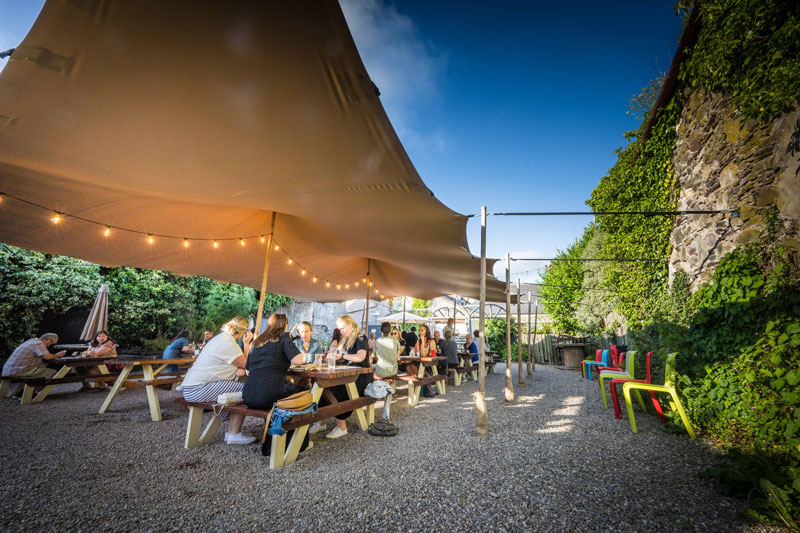 The Good Room has today announced a brand new series of 21 live music and comedy events set to take place outdoors in the beautiful surroundings of O’Mahony’s of Watergrasshill.

Each event will be staged in O’Mahony’s beautiful open air tented courtyard, with socially distanced tables for groups of 4 and 6, from July 29th to September 10th. These shows are supported by the Live Performance Support Scheme from the Department of Tourism, Culture, Arts, Gaeltacht, Sport and Media.

Only 100 lucky patrons per show will be able to attend these fully seated events featuring some of Ireland’s best musicians, comedians and singers over the course of six weeks this summer. The line up includes The Frank and Walters, Lisa Hannigan, Paul Noonan, Neil Delamare, Stephanie Rainey, John Spillane, Greenshine, Bernard Casey, Sinead Quinlan, Jerry Fish with many more gracing the stage from the August Bank Holiday weekend through to September 10th.
Commenting, on the launch of the events, O’Mahony’s proprietor, Victor Murphy, said, “We always wanted to hold live events here at O’Mahony’s and we’re really excited about bringing as much fun and magic as possible to the people of Watergrasshill, the wider Cork area and further afield. We’re thrilled to be hosting so many acts of international standing here at O’Mahony’s and it’s a real privilege to be the custodian of such a beautiful, old venue, capable of hosting these events. We can’t wait to welcome audiences through our doors over the August bank holiday weekend and I think these music, comedy and cabaret shows are going to be really magical and emotional for Cork audiences who have been starved of live experiences for so long.”

O Mahony’s of Watergrasshill is an award winning family-run country pub and food venue which was re-opened by Victor Murphy and his partner, Máire O’Mahony, the fourth generation family landlady of the venue, in 2016. O’Mahony’s patrons enjoy great local food and drink in stunning contemporary rustic surroundings. The venue won the ‘McKenna’s Guides Pub of the Year 2020’ award and was included in the ‘Sunday Times Top 100 restaurants’ for the same year. O’Mahony’s showcase local food producers through their menu and the NeighbourFood market service. Food service is available before live shows from Thursday – Saturday from 5pm and Sunday from 12.30pm.

Events kick off over the August Bank Holiday weekend with a free show on Thursday 29th July when Cork based acoustic blues, folk and bluegrass outfit Jawbone led by guitar wizard Alan Comerford take to the stage. The following evening Friday 30th July, award winning comedian Neil Delamere will perform as part of the COCO Comedy series hosted by Cornelius The Comic. On Saturday 31st July, burlesque specialist Foxy P. Cox will present the Peacock Parlour, a varietease cabaret show with everything from burlesque, circus, drag, acrobatics and sideshow thrills. The most successful pop act to come out of Cork, The Frank and Walters will finish off the bank holiday festivities on Sunday 1st August. 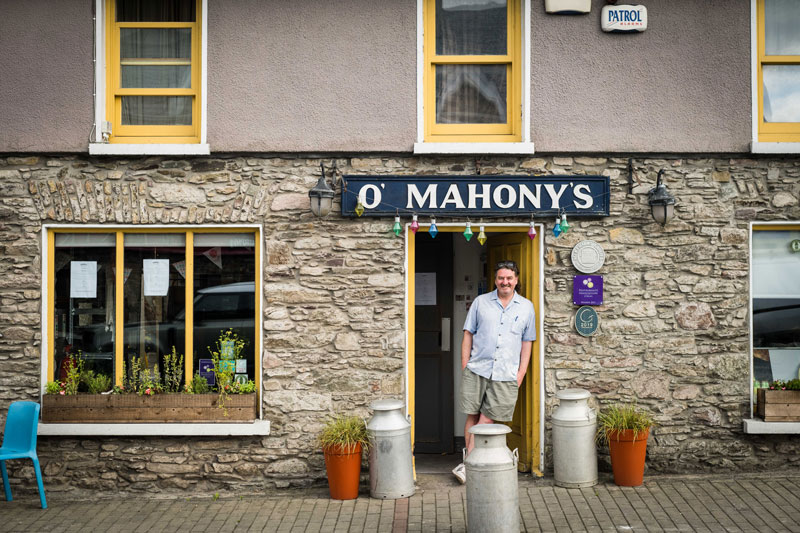 Kicking off on Thursday with a free concert from guitar wizard Alan Comerford’s 3 piece band Jawbone. They are a Cork based Acoustic blues, folk and bluegrass outfit perfectly pitched for the opening night. 100 tickets are available for this free concert.
Friday July 30th – Coco comedy presents Neil Delamare & Cornelius the Comic
8pm on stage – €20
Award-winning comedian Neil Delamere is one of the top acts working in the Irish comedy scene today, well known to audiences for his regular television appearances on RTE and the BBC as well as his hilarious sell-out stand up tours. On warm-up duties the hilarious Mike Morgan takes to the stage. Mike was the winner of the 2020 “Show Me The Funny” champion and with over 120,000 followers on Tik Tok, Mike is not to be missed. Coco comedy’s kingpin Cornelius the comic hosts the show for this laugh a minute tummy tickling evening of joy.

The Peacock Parlour is a varietease show with a little something for everyone in the audience. From Burlesque to Cabaret, Circus to Drag, Acrobatics and sideshow thrills, the Foxy P Cox production brings it all to Watergrasshill for this Saturday night extravaganza. A magical and wonderfully weird world that will capture your imagination and get your heart pumping, hosted by Phil T Gorgeous with Lisette Krol and Marcin Miller performing on pole, Missy Fortune doing a fire show, burlesque and lyra pole, and Letycha Le Synn on drag duties. Join us for a Foxy’s Fizz – a cocktail created with Blackwater Tanora Gin by award winning house mixologist, John Coleman.

The Frank and Walter’s career spans over 30 years with hit singles such as “After All” and “Fashion Crisis Hits New York” they have appeared on Top of the Pops and many TV shows in all corners of the globe as well as playing throughout the world on planes, trains, boats and famous rooftops. “After All” became a hit again when it featured centre stage in the Young Offenders BBC 3 TV series.

All events will comply with Covid guidelines. Tickets for all shows can be booked here: https://uticket.ie/venue/o-mahony-s-of-watergrasshill