All you have to do is IMAGINE!

Our Lady Crowned Credit Union is delighted to announce that entries are now open for the 2021 Credit Union Art Competition. 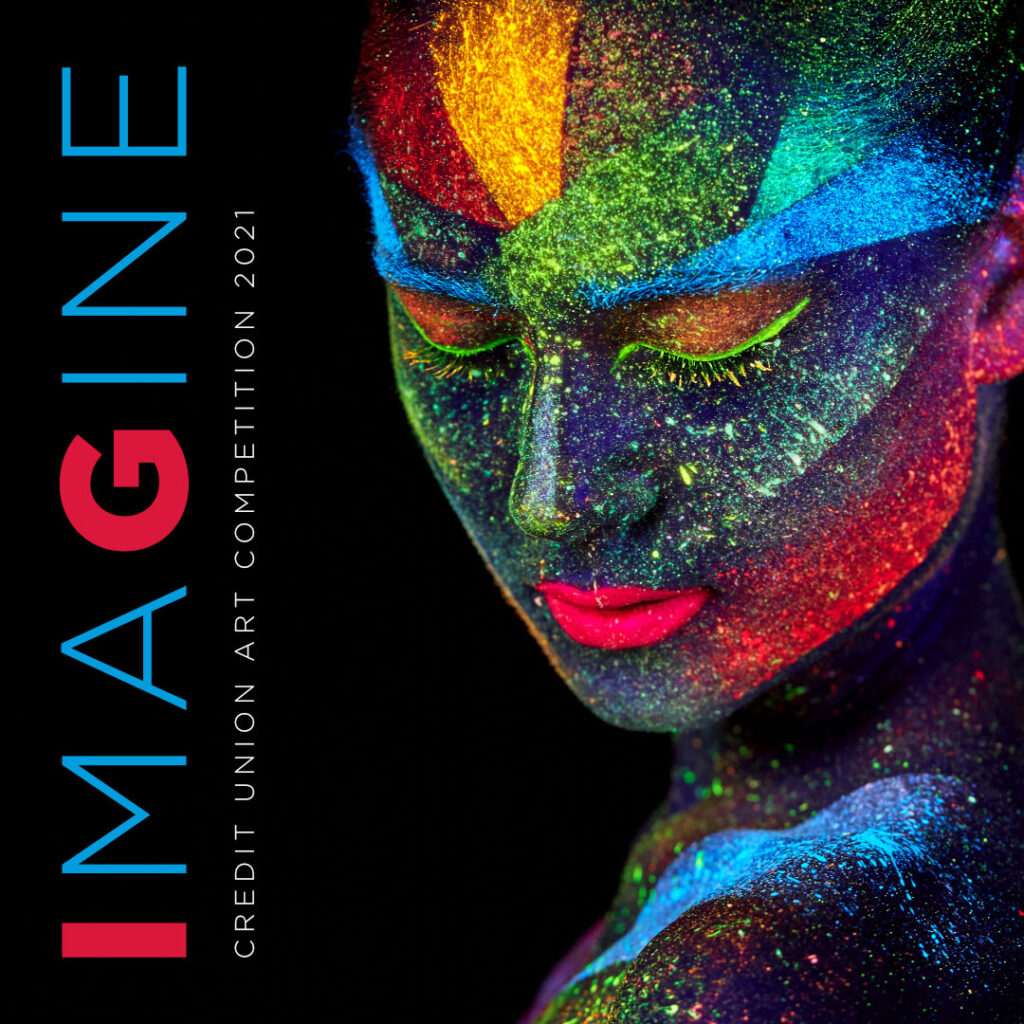 Following the success of last year’s theme for the Credit Union Art Competition, we are once again asking entrants to tap into their imagination. This year’s theme “Imagine”, encourages people to explore their thoughts, hopes and dreams, and portray them on paper or canvass.

To quote Albert Einstein, “Imagination is more important than knowledge. Knowledge is limited. Imagination encircles the world.” Imagination is a powerful tool which helps people escape from reality. Imagination can also be the start of a brilliant idea which could change the world.

The Credit Union Art Competition, now in its 38th year, is dedicated to supporting and developing the arts in Irish society. Art plays an important role in building community spirit and inspires everyone to the contribution that we can make to its development. Promoting and encouraging involvement in the arts across communities is an important message we want to spread.

The competition is free to enter and there are no age limits to the competition and it is open to children aged seven years and under right through to 18 years and over. There is also an additional needs category. Winners at local level will go on to a regional level, and regional winners will progress to the national awards ceremony in February 2022.

Loretto Dennehy McCarthy, Manager of OLCCU Credit Union said “The Credit Union art competition is an open call and is a fantastic opportunity for anyone with an interest in art to get involved. It doesn’t matter if you’re a first time entrant or have entered the last number of years, we are urging everyone from the Cork city area to enter. OLCCU Credit Union has been involved with the art competition for the last number of years, and year after year we are blown away by the amazing entries that come in. We’re looking forward to seeing this year’s entries and as always, there are some fantastic prizes up for grabs!”

The annual competition is part of the Irish League of Credit Unions’ (ILCU) commitment to supporting the artistic development of people of all ages and abilities in communities throughout Ireland.

Winners, runners-up and merit award-winners at local level will go on to represent the credit union at regional level and from there, winning artworks will go forward to national level. Local winners will receive their prizes at a local level. National winners will be announced at an award ceremony to be held in early 2022.